We've now tallied 38 species using our feeders (or hawks showing an interest in feeder birds) during the 10 seasons that we've participated in this count (reported erroneously as 37 in last year's report).  We didn't add any new species to our tally during the 2017-2018 count.


The low temperature during our 2017-2018 count was 15 degrees Fahrenheit in December and the high temperature reached 62 degrees Fahrenheit in February.  November and December temperatures during the 2017-2018 Winter Bird Feeder Count on our property were slightly below the average, but January and February were much warmer than average for the second consecutive year.  Snow cover was mostly within the range of other counts, with the exception of December, when there was the most snow of any December period in our 10-year history (8 inches).  Also of note is that the February period saw 0 inches of snow for just the second time, with the first time this happened occurring last year.  Low and high snow cover totals were below average throughout the count, except for the high snow cover total in December, which was above average.  The deepest snow cover during the count was observed in December (8 inches).

Species observed in greatest abundance during a single month of the count (with the greatest number observed at one time in parentheses) were American Tree Sparrow (13 in January), Dark-eyed Junco (12 in January and 11 in February), Northern Cardinal (11 in January and 11 in February), Brown-headed Cowbird (250 in December), House Finch (20 in January), American Goldfinch (22 in November), and House Sparrow (14 in December and 10 in January).  The most abundant species based on average over the four months of the count were Brown-headed Cowbird (65.0) and American Goldfinch (10.3).

A few species we've documented over the years with seemingly interesting trends in numbers are Mourning Dove, American Tree Sparrow, Fox Sparrow, White-crowned Sparrow, and Purple Finch. Mourning Doves increased steadily from 2008-2009 to 2011-2012, then decreased fairly steadily to 2015-2016, and their numbers have remained fairly constant for the past few years.  American Tree Sparrows increased slightly to a maximum in 2011-2012 but then have generally decreased over the next six seasons.  Fox Sparrows were first documented at our feeders in 2010-2011, were not seen for the next two seasons, and then have been a regular at our feeders during snowy periods to present.  White-crowned Sparrows are a surprising winter regular at our feeders; their numbers generally decreased from 2008-2009 to 2013-2014, but have increased to 2008-2009 numbers into the 2017-2018 season.  Purple Finches were not observed at our feeders until 2015-2016, but have been a regular occurrence during the count period since.

Thanks for the awesome reviews. It’s really helped me to understand the major difference between ordinary binoculars vs digital. Like your blog and writing mate
uae employment visa procedure, uae immigration, residence visa agency dubai.

Thanks for the awesome reviews. It’s really helped me to understand the major difference between ordinary binoculars vs digital. Like your blog and writing mate
Interesting Binoculars In UAE.

Thanks for the blog loaded with so many information. Stopping by your blog helped me to get what I was looking for.
Binoculars in Dubai.

Thanks for share your blog. If you are looking for a reliable online store to buy Binoculars Online, then the leading store is the one stop destination for you to put your purchases. For more information, browse their online portal.

Welcome to Through Handlens and Binoculars! Our blog will keep you up to date on our activities and the plants and animals we see during our travels. We would love to hear your feedback, so please feel free to comment on any of our posts. Be sure to click on the photographs to enlarge them, as we think they look much better at full size. Enjoy your visit! 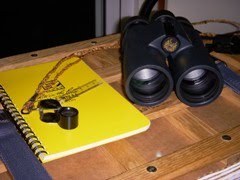 Botany Websites You've Got To See

Other Websites and Blogs of Interest